I’ve got a bee in my bonnet about litter picks. I think it’s totally the wrong message to send out i.e. ‘we’ll pick up after you”. No. Change the record. Change the message. I wouldn’t dream of dropping litter and I think part of that is the way I was brought up, but also the very strong messaging I remember from my childhood around and from Keep Britain Tidy. Back then it was about not dropping litter in the first place and now it’s much more around picking up after people. How we get people to stop dropping litter if they are constantly told that someone will pick up after them? We won’t.

What we need is to change the message and social marketing could be the key.

I’ve just done a course on Social Marketing on the platform Future Learn. It was written and delivered by Griffith University in Queensland, Australia. It was a great course, my first on this platform, and I’ll definitely use it again for more free e-learning. My review said “Loved this course, thank you so much. It reinforced a lot of my thinking, led me down new paths, and provided a wealth of resources and case studies to keep me busy with further reading.” I learned about a project to reduce koala and domestic dog attacks and a campaign/project to reduce drink driving in a community entrenched in the culture and unwilling to change. I also enjoyed and participated in a lot of healthy debate on recycling, food waste, litter and dog poo.

So what is social marketing? One of the nuggets of social marketing (grounded in nudge theory*) is that to effect change there must be a direct exchange as people are driven by self-interest. So if you want people to do something you have to give them something. Which brings me back to litter picks and recycling.

I’m delighted by the news I read today (#GlobalRecyclingDay) that the government is consulting on a deposit return system for bottles. Yay, back to the good old days! I remember the Alpine man coming round where I used to live as a child and selling fizzy pop out of a van. My extensive research (asking my mum) tells me that we didn’t get money back from the Alpine man, we just gave them bottles back each week so he could reuse them (we assume?). My extensive research (mum again) also tells me that when she was a child she did get money back on bottles. It was a great system, so why did we stop it? Who knows. But I’m fully behind the CPRE and their stipulations on what the scheme should include.

CPRE’s Golden Rules
We want a deposit return system that:
– includes all sizes of bottle, can and carton.
– includes all materials – aluminium, plastic, glass and Tetrapak.
– is accessible for all, regardless of mobility or other considerations.
– is paid for by the drinks manufacturers.
– is UK-wide.
– is carbon neutral, with no impact on climate change.
– boosts the UK recycling sector, with any new plants being built on brownfield first.
– works alongside other solutions to reduce waste and increase recycling.
You can see more, pledge your support and join in via CPRE

The money back guarantee element is a direct exchange and SHOULD lead to a reduction in vile litter which is a blight on all our communities. Even my dog agrees, she’s sick of the sight of the stuff. 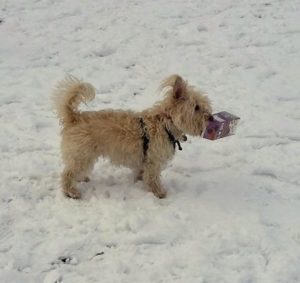 * Positive reinforcement and indirect suggestions can and do influence behaviour. Nudge theory doesn’t have a single adopted definition but its origins lie in behavioural economics and it’s about – from a marketing and communications perspective – how slight changes in wording, for example, can make a massive difference to consumer behaviour.