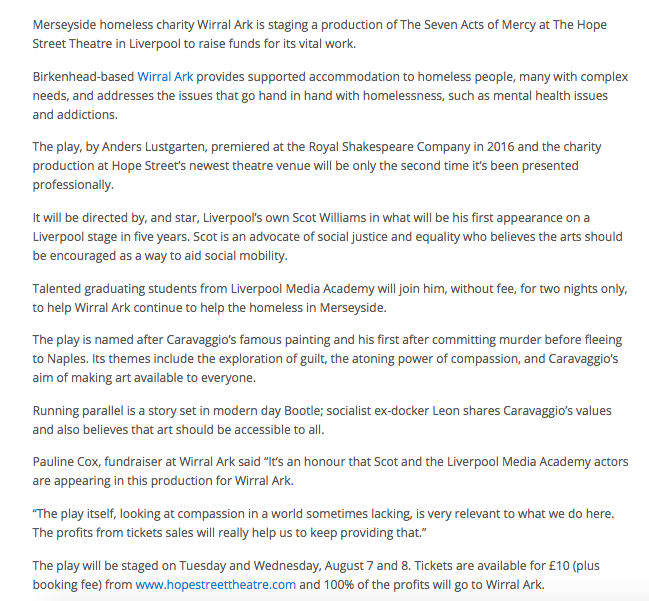 Coverage from a press release on a fundraising event on behalf of Merseyside homeless charity Wirral Ark.

“Arts for the Ark

Wirral Ark, the Birkenhead based homeless charity, is staging a production of The Seven Acts of Mercy at The Hope Street Theatre to raise funds for its work in Merseyside.

The play, by Anders Lustgarten, premiered at the Royal Shakespeare Company in 2016 and the charity production at the Hope will only be the second time it’s been presented professionally. The play will be directed by, and star Liverpool’s own Scot Williams in what will be his first appearance on a Liverpool stage in five years. Scot is an advocate of social justice and equality who believes the arts should be encouraged as a way to aid social mobility. Talented graduating students from Liverpool Media Academy will join him, without fee, for two nights only, to help Wirral Ark continue to help the homeless in Merseyside.”